RAW NERVES - Murderers Among Us ep 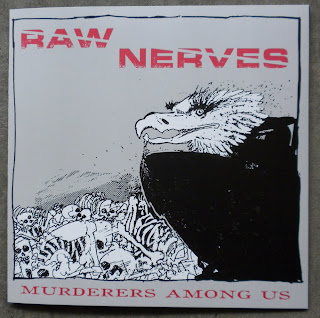 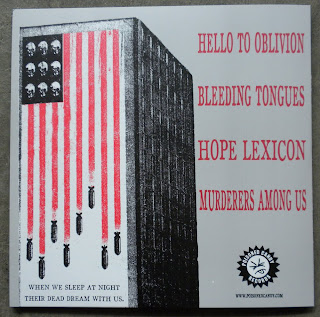 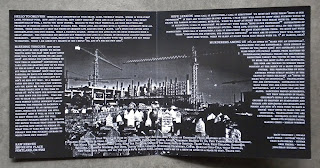 Raw Nerves toured through LA this past year and i was impress with their set. i love a band that's full of energy live and still manages to get the important things said between songs without it slowing them down. they did a nice job on this debut 7" release on Poisoned Candy as well. politically charged art for politically charged fist pumping anthems. this is a folded sleeve with the full insert devoted to an easy to read lyric sheet. i'm told they have a new record on the way as well as another west coast tour in the works for 2010, so keep an eye out for these guys...
Posted by Paul at 4:22 PM

Email ThisBlogThis!Share to TwitterShare to FacebookShare to Pinterest
Labels: records